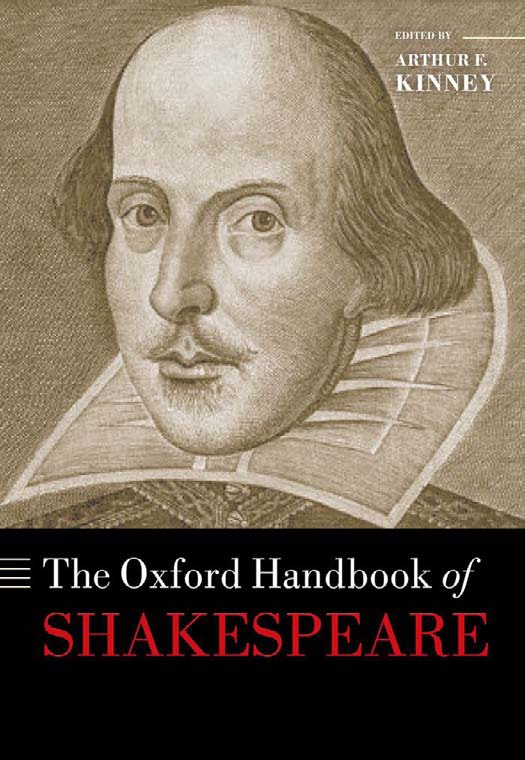 Book The Oxford Handbook of Shakespeare is available to download free in pdf format.

About The Oxford Handbook of Shakespeare

Situated within the Oxford Handbooks to Literature series, the group of Oxford Handbooks to Shakespeare are designed to record past and present investigations and renewed and revised judgments by both familiar and younger Shakespearean specialists. Each of these volumes is edited by one or more internationally distinguished Shakespeareans; together, they comprehensively survey the entire field.

An essential resource for the study of Shakespeare, The Oxford Handbook to Shakespeare is edited by esteemed scholar Arthur Kinney and contains forty specially written essays. It provides fresh and imaginative readings of his plays and poems, reflects on the current state of Shakespeare Studies, and suggests the likely future directions it will take. The Handbook is divided into five sections: ‘Texts’ explores how Shakespeare wrote, who he collaborated with, the ways in which his works were transmitted, and the reactions of his early readers; ‘Conditions’ examines the economic, social, artistic, and linguistic forces at play on Shakespeare; ‘Works’ discusses the various stages of his career; ‘Performances’ is concerned with issues such as the reception of his plays, the theatre business, and film adaptations; and ‘Current Speculations’ includes essays on topics ranging from the role of philosophical thought and the influence of classical sources to the relevance of empire, technology, religion, and law. By covering the range of Shakespeare’s work in his time and ours, this myriad-minded book deepens and enriches our understanding of the great poet and unparalleled playwright’s accomplishments.