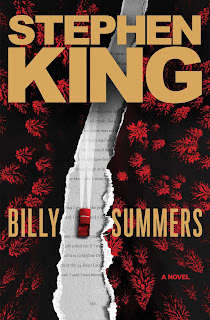 About Billy Summers by Stephen King

From legendary storyteller Stephen King, whose “restless imagination is a power that cannot be contained” (The New York Times Book Review), comes a thrilling new novel about a good guy in a bad job.

Billy Summers is a man in a room with a gun. He’s a killer for hire and the best in the business. But he’ll do the job only if the target is a truly bad guy. And now Billy wants out. But first there is one last hit. Billy is among the best snipers in the world, a decorated Iraq war vet, a Houdini when it comes to vanishing after the job is done. So what could possibly go wrong?