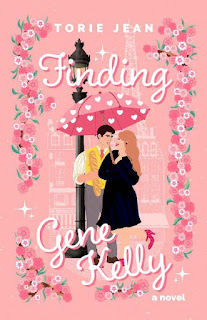 When five-year-old Evie O’Shea married her next-door neighbor in the wedding of the century, she had no idea she was swearing an oath to love the man who would grow into the bane of her existence until the end of time. Or that in ten years time, she’d start a long and winding journey to an eventual endometriosis diagnosis.

Now, aged twenty-six, Evie O’Shea lives in Paris, balancing precariously close to her Charlotte Lucas birthday. A burden to her parents, with no prospects and no money, Evie’s humdrum life needs a shake-up.

Enter Liam Kelly, the man Evie married at the age of five and promptly divorced at seven when he had the audacity to throw a muddy football at her while she was reading Eloise in Paris. Clad in a Henley and equipped with toned forearms and eye crinkles that rival Gene Kelly himself, Evie is determined to keep her ultimate temptation at a distance while she flails wildly navigating life, love, and endometriosis on the banks of the Seine.