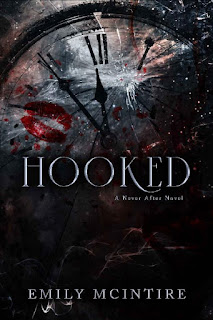 About Hooked by Emily McIntire

James has always had one agenda: destroy his enemy, Peter Michaels. When Peter’s twenty-year-old daughter Wendy shows up in James’s bar, he sees his way in. Seduce the girl and use her for his revenge. It’s the perfect plan, until things in James’s organization begin to crumble. Suddenly, he has to find the traitor in his midst, and his plan for revenge gets murkier as James starts to see Wendy as more than just a pawn in his game.

Wendy has been cloistered away most of her life by her wealthy cold father, but a spontaneous night out with friends turns into an intense and addictive love affair with the dark and brooding James. As much as she knows James is dangerous, Wendy can’t seem to shake her desire for him. But as their relationship grows more heated and she learns more about the world he moves in, she finds herself unsure if she’s falling for the man known as James or the monster known as Hook.

How Beautiful We Were by Imbolo Mbue