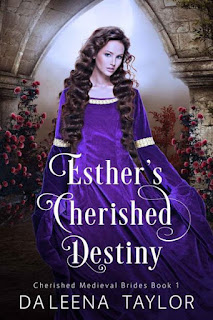 Kidnapped and forced to compete for the position of queen, Esther Ravenbard has no choice but to pretend to be someone she’s not. If she wins, she might save her people. But if she’s discovered, she will certainly die.

King Favian grows tired of the unrest within his kingdom and longs for the day he can settle it once and for all with the destruction of the Ravenbards. Even in the midst of the turmoil around him, and having already given up on love, he must still seek a new bride. With the arrival of the beautiful Esther, the fate of both his kingdom and his heart are at risk.