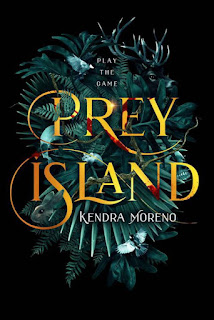 Other Available Books by Kendra Moreno

About Prey Island by Kendra Moreno

Welcome to Prey Island. . .
Billie watches enough serial killer shows to know she’s in deep trouble when she finds herself kidnapped and shoved in a cage with dozens of other people. What she doesn’t expect is to be dropped off on a remote island, given weapons, and told to run.
The Hounds have been released and they say she’s the prey.
Now, Billie is being hunted just like everyone else on the island. Trapped with nowhere to go, she finds herself teaming up with others in order to survive. Four men set her ablaze with their touch and threaten to corrupt her every moral, each as dangerous as the Hounds who hunt them. She may not be built for Prey Island, but she won’t be going down without a fight.
This rabbit has teeth and the only way out is to