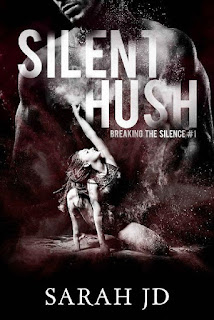 About Silent Hush by Sarah JD

I’m not like girls my age. I’ve had to learn how to survive in Australia’s underworld, making the most of the skills and assets I’ve gained. My reputation proceeds me in the underworld, something which has helped get me to this point, and now I’ve come to Fox Pines with only a few short weeks to get what I came for, and get the hell out before it’s too late.
For some strange reason, I’ve become the focus of a local guy with anger issues who has made it his mission to taunt me. His attempts at getting me to react to him are relentless, and for the first time ever, I find myself looking forward to his daily torment.
It’s confusing as hell, and even when I’m in the studio trying to escape through the movement of dance, his blue eyes, blonde hair, and shit-eating-grin mock me.
Why am I so riled up about this guy? He should be scared of me. He should be running for the hills and never looking back, yet he ignores all the warning signs I throw his way.
A party, a drug deal gone wrong, and clean-up crew later and this innocent guy is suddenly wrapped up in the underworld with no way out and no one to blame but me.
He should hate me, right?
Some days he does, and other days there’s a very fine line between hate and lust.
I should do him a favour and put an end to whatever it is going on between us, since I’ll soon be leaving him here to deal with this shit on his own.
How do I offer him that courtesy when I’ve already screwed up his life so much?
And how am I ever going to walk away from him when it’s time for me to leave?

Something Sweet by Jessica Brown