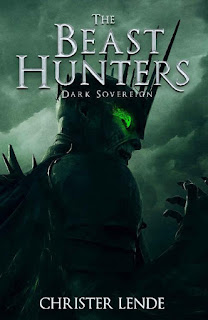 Other Available Books by Christer Lende

About The Beast Hunters Dark Sovereign by Christer Lende

The second book in The Beast Hunter of Ashbourn series, Dark Sovereign offers a grand conspiracy, building on the events from the first book. Can Ara escape her connection to the ominous entity manipulating the Capital?
A mysterious corpse, beastly assassins, and a basement full of cadavers dissolving in acid lead the beast hunters towards an enigmatic candidate, favourite to claim the throne of Ashbourn.
Despite not wanting to get involved in the coming coronation, Ara and the two beast hunters cannot deny the beastly nature of the clues they discover. Ara must adopt fake personas, infiltrate political galas, and pursue shadowy assassins. Still, the candidate’s monstrous nature eludes her. With the future of Ashbourn at stake, Ara has to solve the mystery before the new king is crowned.
Strangely, Ara’s abilities from Cornstead seem connected with the incidents that transpire during their investigation. Whispers in her mind foretell of sinister events, which she slowly sees come to life. The venom that grants her powers, seems to intertwine her fate with the dark creature threatening to be crowned king.