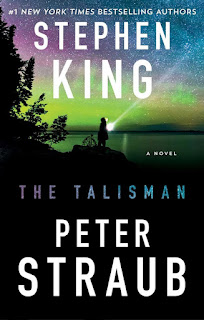 Other Available Books by Stephen King

About The Talisman by Stephen King & Peter Straub

An unforgettable epic of adventure and resounding triumph, The Talisman is one of the most influential and highly praised works of fantasy ever written. Jack Sawyer, twelve years old, is about to begin a most fantastic journey, an exalting, terrifying quest for the mystical Talisman—the only thing that can save Jack’s dying mother. But to reach his goal, Jack must make his way not only across the breadth of the United States but also through the wondrous and menacing parallel world of the Territories.

The Splendid and the Vile by Erik Larson