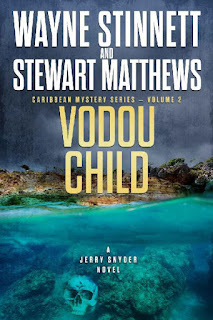 An evil spirit murdered a two-bit hustler preacher on French St. Martin. At least, that’s what a conspiracy obsessed Vodou priest would have Jerry Snyder and DJ Martin believe, when they’re called in to investigate the preacher’s stabbing and the kidnapping of his underage girlfriend.
To a seasoned investigator like Jerry, a murderous spirit seems… far fetched. For starters, a laundry list of locals were swindled by the preacher, and no matter how vengeful a ghost may become, Jerry knows that without a physical body, it’s impossible to hold a knife.
But, as Jerry and DJ methodically work the case, neither man can shake the feeling that something wicked is chasing them through the dark alleys and secret churches of St. Martin. Whatever it is, Jerry has to find a way to shake it off and get the job done, because there’s still a kidnapped girl to be saved.

Want Me by Gigi Love

Untying the Knot by Meghan Quinn