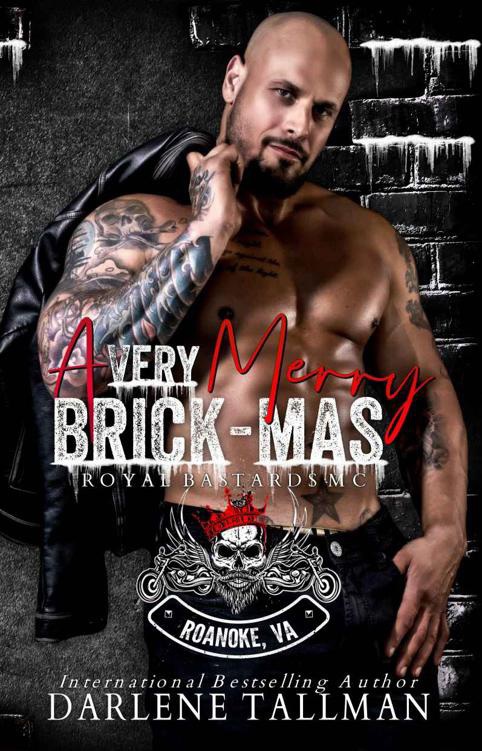 About A Very Merry Brick-mas by Darlene Tallman

Santa is coming and for the first time in years, the Roanoke, VA club plans to celebrate. When the past reveals itself, mysteries begin to unravel while new ones emerge.

When Brick decided to bring his father, RiffRaff, back to the clubhouse to live, he had no idea the mysterious words spoken by Madame Laveaux would be unraveled thanks to his father living in the past.

Now that the secret’s out, will Raeleigh be able to handle the fact her past wasn’t her reality? Finding out she’s a long-lost club princess has her doubting everything she was ever told. Add to that, she now finds herself under the protection of an older brother, one whose guilt has him overcompensating while she tries to find her way.

Meanwhile, even though it’s the holiday season, the bad guys never rest, so the club is faced with enemies from the past. Enemies they thought were long dispatched to the pits of Hades. With the help of their new brothers, will everyone finally be able to enjoy the beauty of the season or will they be thrust into another situation where they’re flying blind?