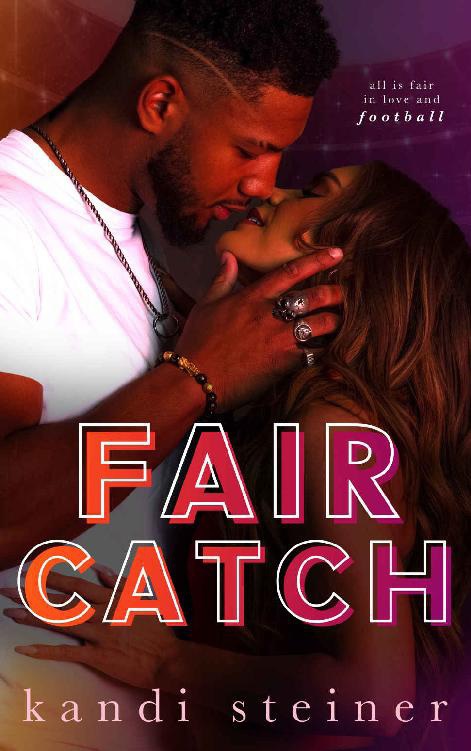 Other Available Books by Kandi Steiner

About Fair Catch by Kandi Steiner

As if things aren’t already tough enough as the only girl on a college football team, Coach had to go and assign Zeke Collins as my roommate.

A cocky kick returner and my brother’s best friend who should have been ripped of that title years ago, he’s as infuriating as he is undeniably sexy.

I hate him, and for good reason — reason I won’t ever let him forget.

He thinks because we grew up together that it’s his role to protect me, but all he does is get in my way, make me look weak, and piss me off more.

I tell him I can handle myself, and I’m hell-bent on getting that point across to him and the rest of the nation watching the only girl in collegiate football.

The pressure doesn’t get to me. The scrutiny? I’m ready for.

But sharing very thin walls with Zeke Collins? I wasn’t prepared for that.

And the more we’re forced together, the harder it is to distinguish that pencil-thin line between hating him… and wanting him.