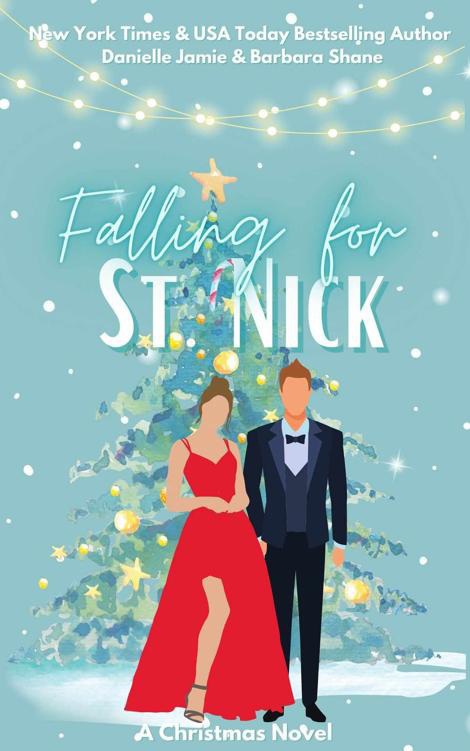 About Falling for St. Nick by Danielle Jamie & Barbara Shane

Part one of this story was originally in the Hot Tree Publishing Christmas Anthology: Tempting Scrooge. This is their full novel with over 30k words added and from both Marina and Deacon’s POVs.

When Marina lands her dream job, which just so happens to have her working alongside her crush, she thinks it’s fate telling her she is about to have everything she’s ever wanted. That is until she discovers her flame, who turns out to be her boss, is not the perfect man she’s lusted over since she met him. Instead, she quickly discovers Dr. St. Nick, also referred to as Dr. Douchebag, is a cocky, egotistical manwhore. Putting her job above everything else, Marina vows to never allow herself to fall under the spell he so easily casts over women.

From the moment Deacon meets Marina, he knows she’s different. Gorgeous and driven, she loves the children he works so hard to save on a daily basis as much, if not more, than he does. Because of a past mistake, he knows he needs to stay as far away from her as possible. His plan is going perfectly, until the Christmas party where all the rules change.