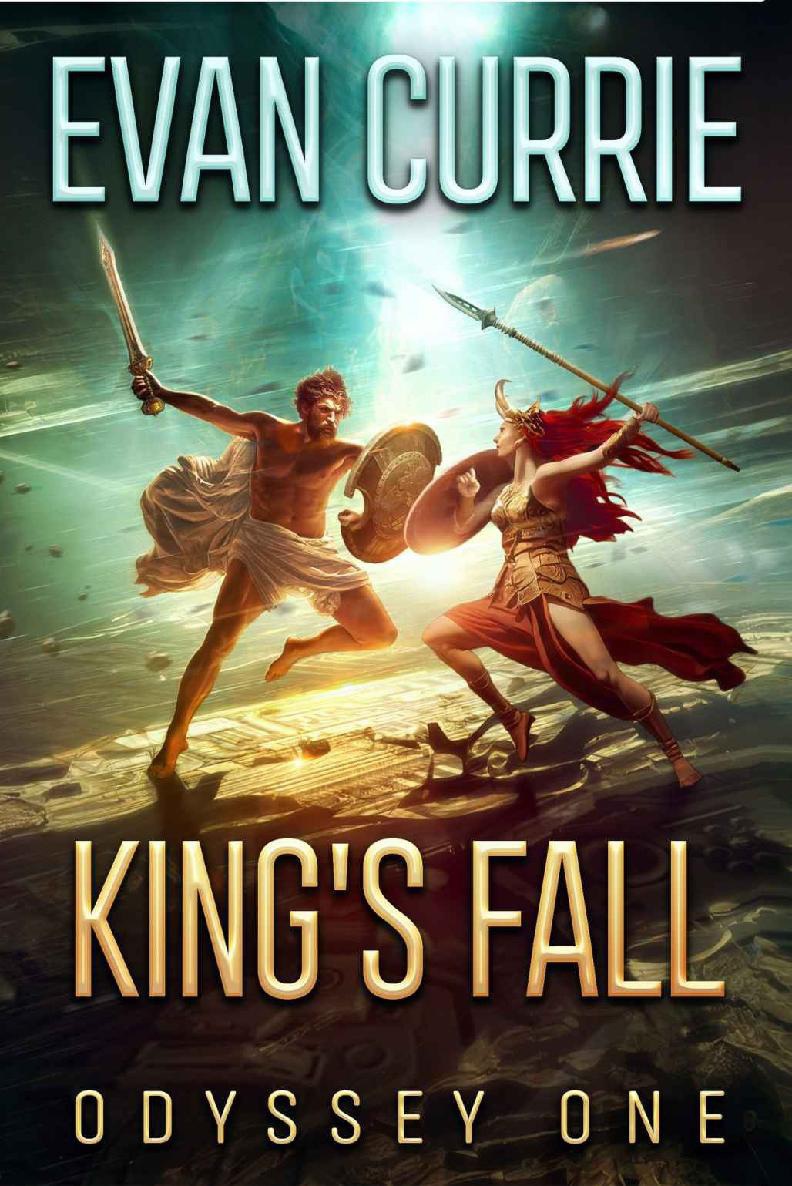 About King’s Fall by Evan Currie

The Empire has suffered the existence of their enemies for too long as it is, and her Majesty has determined to put an end to the impudent defiance, the consequences be damned.

Eric Weston has seen this coming, but without being able to find a way to avoid it, all he could do was prepare… along with the rest of the Earth. With several Imperial Fleets coming down on their heads, all the stops have been pulled and there are no more rules of engagement. Everything is on the table, but for all that, Eric knows it won’t… it can’t… be enough.

Eric Weston has lived through battles that became wars, wars that became peace, and peace that threatened everything he knew.

Now, he has to find an answer to a question he never wanted to be faced with.

What do you do when your enemy puts your back to the wall and you can’t find a way out?

Eric doesn’t know the right answer, but he knows his answer. Never put an enemy on Death Ground unless you’re sure you can survive their fall. If you strike at a king, even killing him can prove fatal.

King’s Fall brings the Imperial Arc of the best selling Odyssey One series to a brutal conclusion.