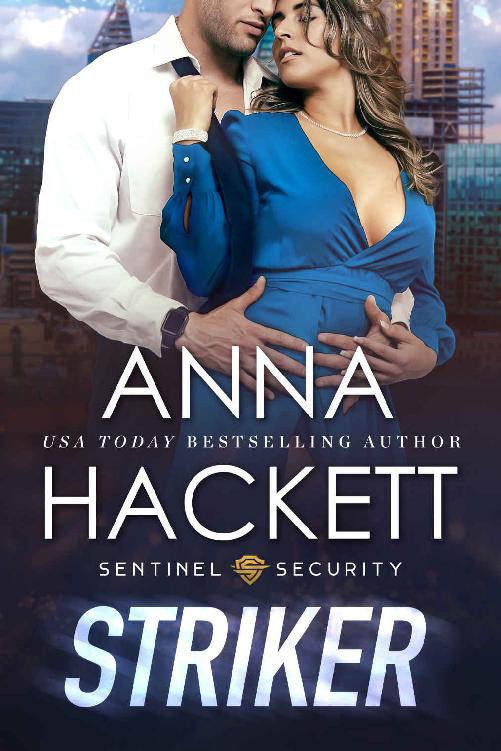 Other Available Books by Anna Hackett

About Striker by Anna Hackett

He’s a temptation she doesn’t want and can’t afford, but now she’s working undercover in his company to catch a rogue arms dealer.

Former MI6 agent Hadley “Striker” Lockwood found a new life in New York working for Sentinel Security. Her work fills a tired, jaded hole inside her. Life is just how she likes it, and she definitely has no desire for a man to mess that up.

When her next assignment sends her back to London to hunt a dangerous arms dealer, she finds herself not only face to face with a darkly tempting billionaire, but going undercover as his newest employee.

Bennett Knightley left the SAS with dark scars scratched on his soul and a determination to help in different ways. His successful company Secura makes high-tech gear for soldiers around the world, but now it’s under attack. Shipments are going missing, and his people are being targeted.