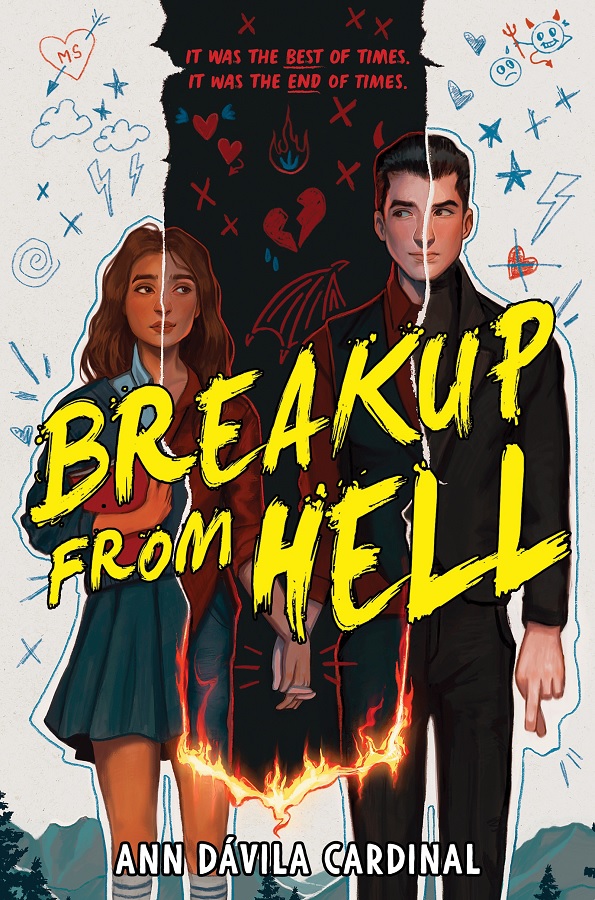 About Breakup from Hell by Ann Davila Cardinal

Fans of Undead Girl Gang and The Babysitters Coven will love Breakup from Hell, a witty YA rom-com with a supernatural twist, starring horror novel obsessed Mica Angeles, who discovers the guy she fell for comes straight out of one of her beloved books.
Miguela Angeles is tired. Tired of her abuela keeping secrets, especially about her heritage. Tired of her small Vermont town and hanging out at the same places with the same friends she’s known forever. So when another boring Sunday trip to church turns into a run-in with Sam, a mysterious hottie in town on vacation, Mica seizes the opportunity to get closer to him.
It’s not long before she is under Sam’s spell and doing things she’s never done before, like winning all her martial arts sparring matches—and lying to her favorite people. The more time Mica spends with Sam, the more weird things start to happen, too. Like terrifying-visions-of-the-world-ending weird.
Mica’s gut instincts keep telling her something is off, yet Sam is the most exciting guy she’s ever met. But when Mica discovers his family’s roots, she realizes that instead of being in the typical high school relationship, she’s living in a horror novel.
She has to leave Sam, but will ending their relationship also bring an end to everything she knows and everyone she loves?
Clever, hilarious, and steeped in supernatural suspense, Breakup from Hell will keep you hooked until the last page.