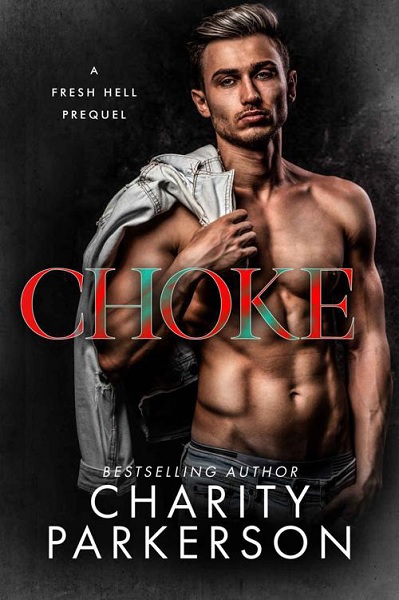 About Choke by Charity Parkerson

Rush just needs a job. He never expects to gain a whole new life and fall in love.
After suffering a career-ending injury on the football field, Rush has no other choice but to start over. The bills are mounting, and his luck is getting worse by the day. When he interviews for a sportscaster position at a large sports channel in his area, he’s on his last hope. Except the man in charge sees a different path for Rush, and it doesn’t include Rush saying no.
When Alaric overhears Rush getting propositioned in exchange for a leg up at his station, he can’t let the harassment stand. One interview with Rush later, and Alaric sees something in the man he can’t shake. With every encounter afterward, Rush climbs a little deeper beneath his skin. But taking Rush on a holiday getaway is the final nail in the coffin, leaving Alaric unable to keep lying to himself. Rush is the one. Now, he just needs Rush to fall in line.
Choke is the prequel to Charity Parkerson’s Fresh Hell series, where it’s something different every day in the battlefield known as life. These are a combination of sports, bi-awakening, and several other sub genres with interconnecting characters.