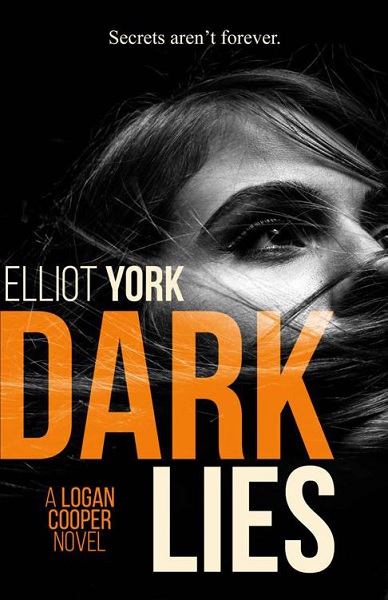 About Dark Lies by Elliot York

She was the girl everyone wanted but no one could have—no one but him. They’d loved each other. Becca’s suicide at age 18 broke Logan. The heartache never fully healed. But nothing could have prepared him for the shock of what came next.
At age 39, Logan Cooper’s hard-earned detective career is hanging on by a mere thread. His rage went too far this time. The department has assigned a psychiatrist, Dr. Webb, to help him unpack his deep-seated anger issues. When a shocking new case brings Logan’s past careening into the present it only adds to the turmoil in his head.
Reluctantly paired with his spunky new partner, Detective Reggie Hawkins, Logan sets off to unravel the mystery of the woman who died twice. The woman he loved. The detectives are led down a twisty trail brimming with secrets. But, as we all know, secrets aren’t forever.
As evidence in the case begins to fall into place, Logan is suddenly left questioning his own sanity. The impossible seems possible and everything becomes more twisted than ever.