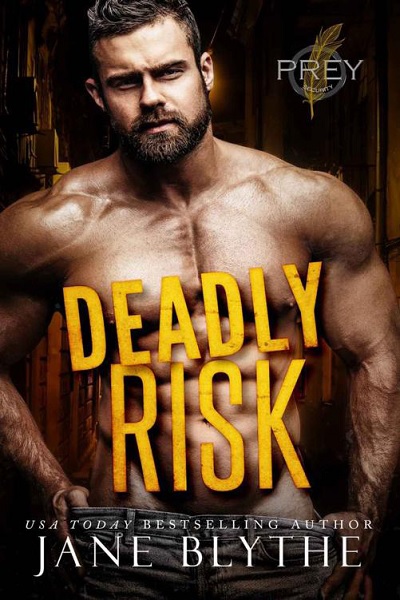 Other Available Books by Jane Blythe

About Deadly Risk by Jane Blythe

The last thing he wants is to fall for her.
Mackenzie Arden knows she’ll never be free of her brother’s violent obsession with her, and now she’s his prisoner and an unwitting pawn in his plot. When she’s rescued by a man who is as intriguing as he is intimidating, she finally starts to feel safe for the first time in her life, only he wants nothing to do with her.
Luca “Bear” Jackson has been betrayed too many times to put his trust in anyone. Especially a woman who might be embroiled in her brother’s terrorist plot. Try as he might to stop it from happening Mackenzie manages to make him feel things he has no interest in feeling.
But the danger isn’t over and if Bear can’t set aside his fears of being hurt again Mackenzie will pay the ultimate price.
If you loved USA today bestselling author Jane Blythe’s inclusions in Susan Stoker’s Operation Alpha world, you’ll be thrilled with DEADLY RISK, the first book in the Prey Security: Alpha Team series.