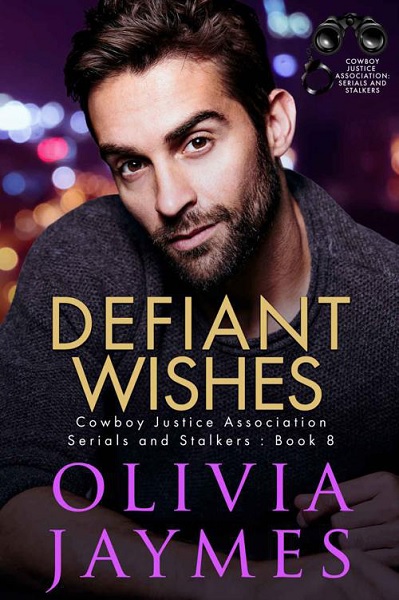 About Defiant Wishes by Olivia Jaymes

Darcy is having a blast at the annual office Christmas party. There’s music, dancing, and plenty of champagne to celebrate another profitable year. Everyone is having a great time. That is, until one of her co-workers climbs up on a conference table and has had just enough alcohol to tell everyone what she really thinks of them. It certainly put a damper on the festivities.

Five years later and that night long ago is still fresh in her memory. One by one, the employees that were at that party are dying mysterious and untimely deaths. She needs to find out the truth of what’s going on, but she can’t do it on her own.

Investigator Quinn Graves takes one look at the case and doesn’t think it’s as open and shut as Darcy had been hoping it would be. But someone clearly has a grudge and all the people from that night are in danger. Including Darcy.

It’s the worst timing in the world for them to realize they have feelings for one another, but they can’t deny that there’s an attraction. But is there a future? Quinn will have to protect Darcy from a ruthless killer to find out.