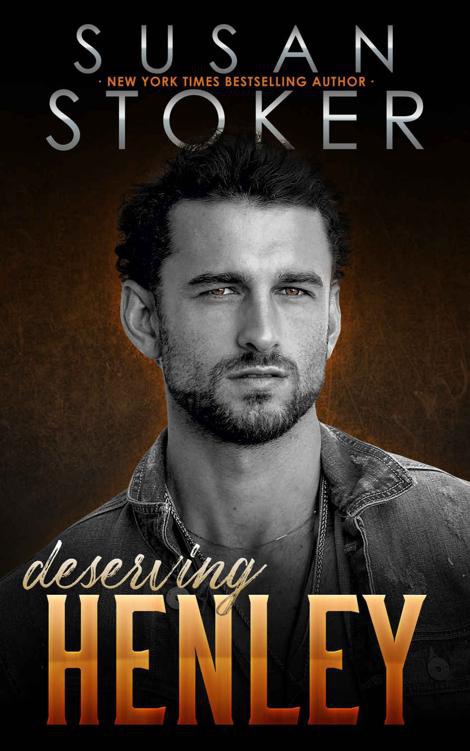 Other Available Books by Susan Stoker

About Deserving Henley by Susan Stoker

She never expected to fall for a client, but now that she has, she needs him more than ever.
Years of adversity have molded Henley McClure into the attentive, conscientious psychologist she is today. She lives for her daughter, Jasna, and her work at The Refuge, an exclusive retreat for victims of PTSD. Her life is fulfilling…if a little lonely. But the only man who’s captured her interest, the most standoffish of the mountain retreat’s seven owners, lives in self-imposed isolation. It will take a little vulnerability on her own part, a dead car battery, and the surprising help of her daughter to break through Finn’s defenses.
His Coast Guard career ended in a tragedy that ground Finn “Tonka” Matlick’s life to a halt. For years, his only solace has been the animals he tends to at The Refuge…and admiring Henley from afar. He had no plans to risk potential heartache ever again, until an incident at the retreat had him clinging to Henley like the broken man he is. The kind, patient therapist and her sweet, thoughtful daughter may be the only ones capable of putting him back together.
As Finn slowly heals, and he and Henley grow ever closer, someone is watching. Waiting. Planning. Evil in the making who ultimately wants to watch the world burn, one victim at a time. And they’ll start by targeting one of the people Finn loves most.