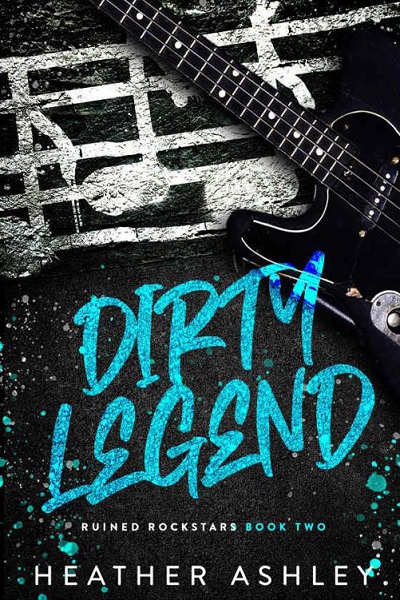 About Dirty Legend by Heather Ashley

My life plans did not involve getting knocked up by a rock star.
But then True Easton charmed his way into my bed, and, well…
I’m having a rock star’s baby.
I should’ve kept my distance from Shadow Phoenix’s world-famous guitarist, especially when he claimed he’d do anything to make me his.
The devilish grin and poison promises that fell from his lips should’ve been a warning.
Now he thinks he’s won. That he’s tied me to him whether I like it or not. That there’s no escaping the inevitability of us.
Even I can’t deny the chemistry between us burns hotter than the pyrotechnics on stage.
But I won’t give in so easily.
Not when I’ll have to give up my dreams in exchange for his. If True wants forever, he’ll have to do more than put a baby in me.
Because this girl?
She’s got plans of her own…
THIS BOOK WAS PREVIOUSLY PUBLISHED UNDER THE NAME “LOVING TRUE”