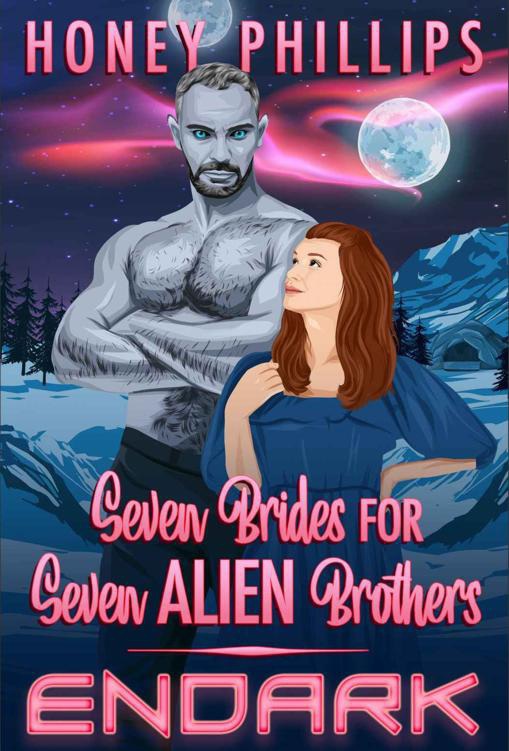 Other Available Books by Honey Phillips

About Endark by Honey Phillips

Can a determined human bride save an alien shifter from his beast?
Half human and half Vultor – and rejected by both – Endark has lived his life alone. The only family he knows is the one he has formed with his warrior brothers. But even that bond is not enough to save him from his father’s cruel legacy. His only hope is a mate who will calm his inner beast.
Becky works hard to support herself and her younger brother but it gets more difficult every year. Finding herself in a cozy cottage in the middle of a snowstorm is almost a relief – despite the growly alien male who claims she’s his bride. He is gruff, bad-tempered, and possessive, but he has a loneliness which matches her own.
Becky begins to lose her heart to the fierce alien, but can she risk everything for love? And will their fragile bond be enough when his father’s people find them?
Each book in the Seven Brides series features a different couple and may be read as a standalone, but the books do link together. This sweet and steamy series is intended for mature readers.