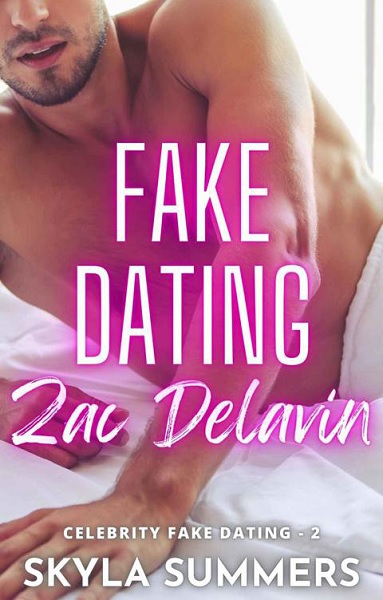 Fake dating a co-star can totally be professional, right?
Mina has dreamed of being a Broadway star for as long as she can remember, but never did she suspect her debut would involve starring alongside the famous and handsome Zac Delavin—who is also the world’s biggest jerk. Despite having a celebrity crush on Zac, Mina can’t stand to be around him. But when they sing together, their on-stage chemistry is undeniable, and after leaked rehearsal footage turns viral, the public goes crazy for their relationship, believing they are in love.
Stuck in the middle of a bitter divorce resulting in huge financial loss, Zac has let his happiness slide. All his money problems will be solved if this musical is a success, and there’s only one way to assure that it is: hype up the show and everyone’s excitement for it by fake dating Mina. Pretending to be Mina’s boyfriend can’t be that difficult, not when she’s so gorgeous and bubbly and, despite their personality clash, is the only person who makes him smile. No, the issue will be keeping his hands off Mina, because once they kiss during rehearsals, Zac is obsessed with getting her into bed.