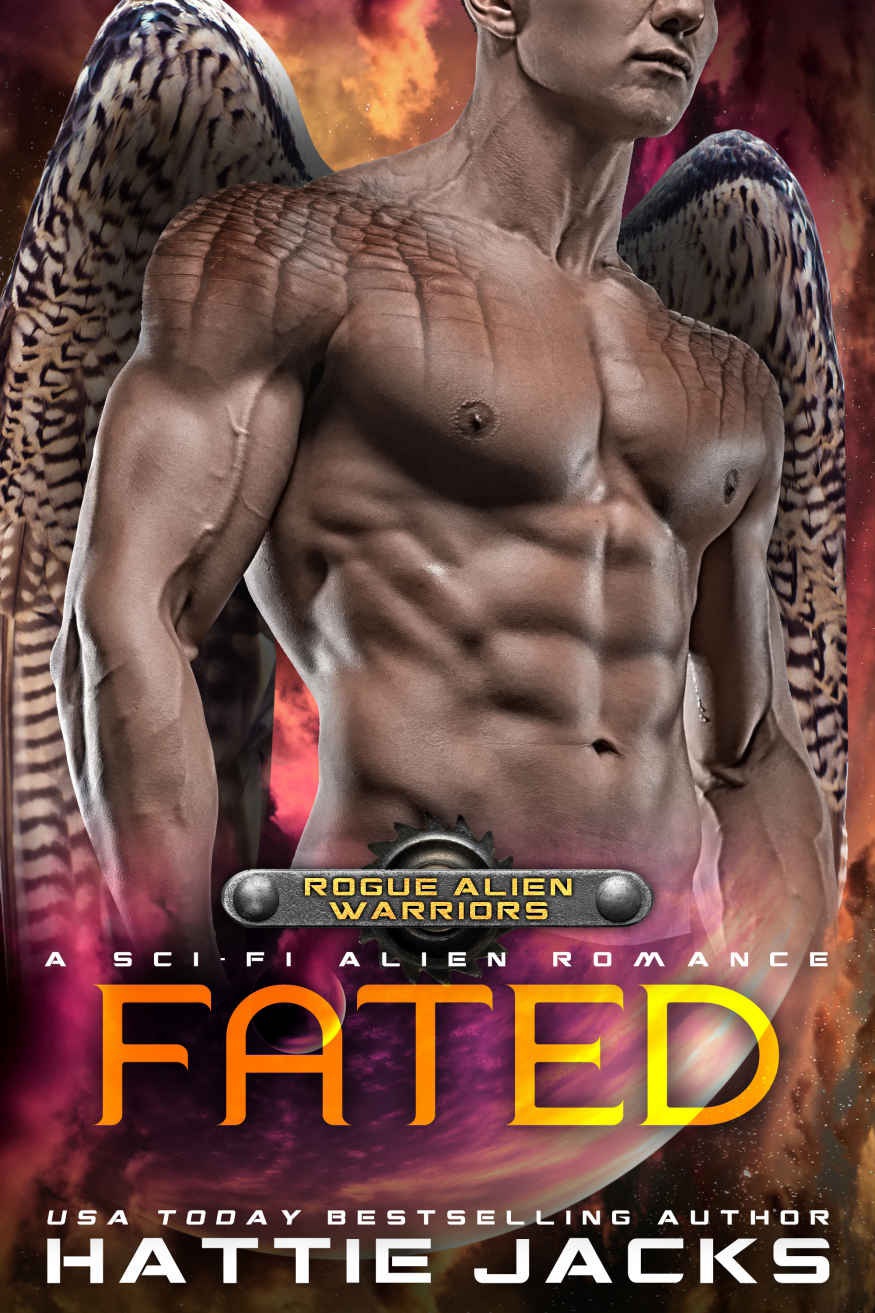 Other Available Books by Hattie Jacks

About Fated by Hattie Jacks

He’s the alien assassin and I’m his prey.
Stolen from Earth by alien slavers, I escape their clutches, only to run headlong into Lyon’s wall of feathers, muscle and anger. At first sight, I think he’s going to eat me. Instead, he drags me into an escape pod, kills his mark and crashes us into an uninhabited moon.
I’ve had better first dates.
It’s only after the crash I discover he was sent to kill me too. Which is when I make my first mistake.
I tie him up.
And while he’s at my mercy, he makes it very clear what he does want to do to me. Lyon believes I’m his fated mate and the more time we spend together, the more I believe it might be true.
Which is when I make my second mistake.
I fall for him.
But it turns out Lyon is as much a slave as me and his masters are coming. They won’t stop until he’s back under their control and I’m sold as a slave.
Turns out, in a brand new universe, fate is a cruel mistress and she has plans for both of us.