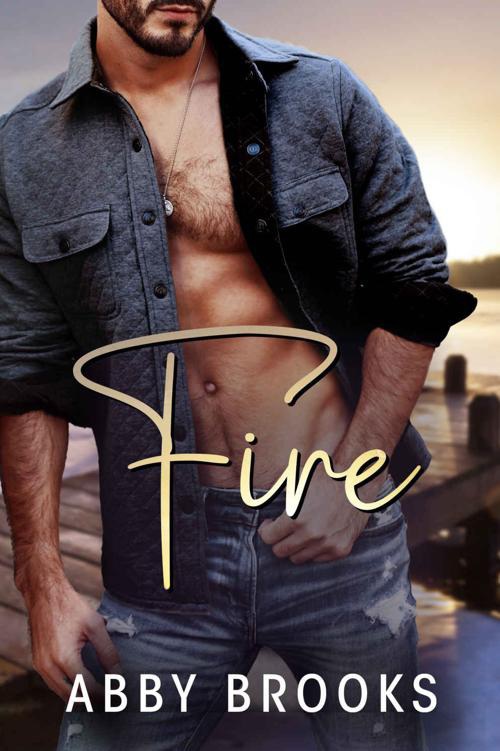 About Fire by Abby Brooks

He was my first and I thought he’d be my last. Now he’s asking for a second chance.
Micah Hutton is charming. Sweet. Confident. And his page in the shirtless fireman calendar for charity? Trust me, November has never been hotter. But like Grandma says: it’s never the angels who look like sin.
Micah promised he’d love me forever. And I believed him, enough to give myself to him the night before my parents dragged me across the country, tearing us apart. He broke my heart—and his promise—by disappearing the moment I learned I was pregnant.
Seven years later, I’m back in my hometown, staring at my first love, watching his heart break as he meets a little girl who looks just like him. A little girl he swears he never knew existed.
He thinks I kept our baby a secret, but why would I do that? I told him as soon as I found out, certain he’d be at my side the very next day.
Micah says he’s ready to be a father, but am I ready to open my heart and let him back in? Does he deserve that second chance?