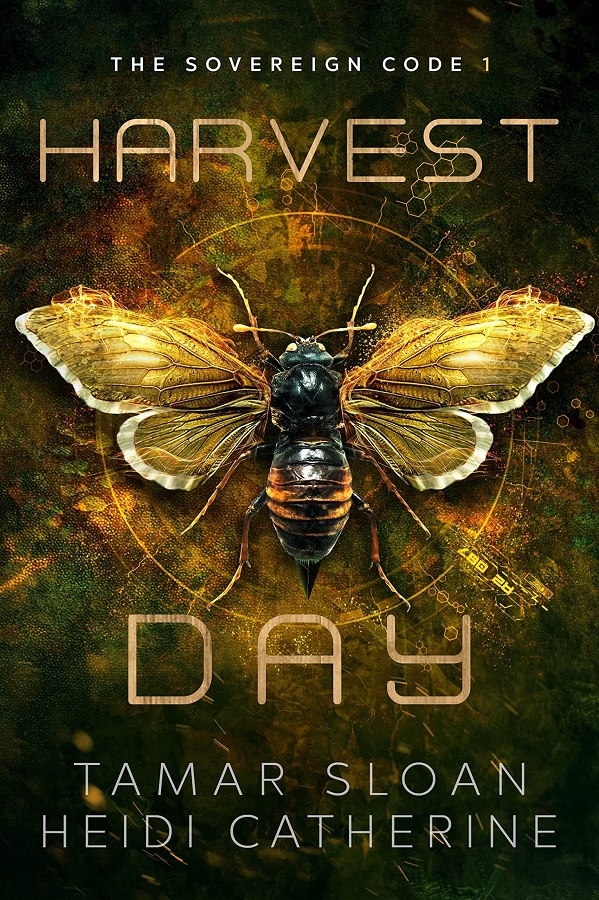 About Harvest Day by Heidi Catherine

The loss of bees was heralded as the sixth wave of extinction. Economies crashed. Ecosystems collapsed. Wars were waged as countless starved. Luckily, humans were able to alter bees’ genetic code to deal with the hazards of pesticides and disease.
Inadvertently making their venom fatal to humans.
River grew up in the Green Zone, a haven for those who are Immune. Bees are free to fly, pollinating their prolific crops. Echo was raised in the Dead Zone where bees are exterminated so vulnerable humans like her can live. Stealing from the heavily guarded Green Zone is a necessary part of survival.
River and Echo are both in their seventeenth year. They’re both about to have their immunity tested. And they’re both about to have their futures forever altered.
Ultimately, they’re about to become part of the final fight for human survival. Are bees really the enemy they need to defeat? Or is mankind a far greater threat…
Lovers of the Hunger Games and Maze Runner, prepare to be blown away. The authors of the best-selling series, The Thaw Chronicles, have crafted another unique dystopian adventure full of romance, twists, and page-turning excitement.