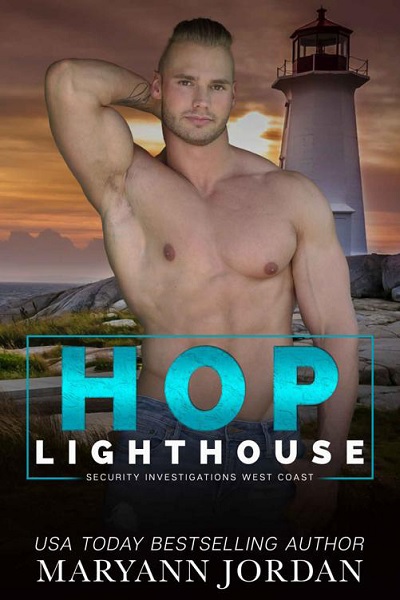 Other Available Books by Maryann Jordan

About Hop by Maryann Jordan

Easy to let go. He thought it was just a fun night to catch up with an old friend.
Spending days on rescue missions when his Tennessee hometown flooded, he was stunned to meet up with an old friend. But dinner, drinks, talking, and laughing turned into a night he’d definitely remember fondly. But they’d promised one night only. Especially since they were both returning to their lives the next day.
Hard to let go. He discovered she invaded his thoughts during the days and dreams at night.
But she’s got a secret. And when she needs rescuing while on another mission, he’s just the man to do it. Once reunited, he discovers it’s now impossible to let her go again. And that’s fine by him. Now to convince her that going their separate ways is the last thing they should do.
Lighthouse Security Investigations
The security and investigation company is filled with handpicked men and women from the SEALs, Rangers, Special Forces, Deltas, and Air Force Special Ops. All trained in CIA Special Operations, the Keepers were the best of the best and ready to take on any mission.