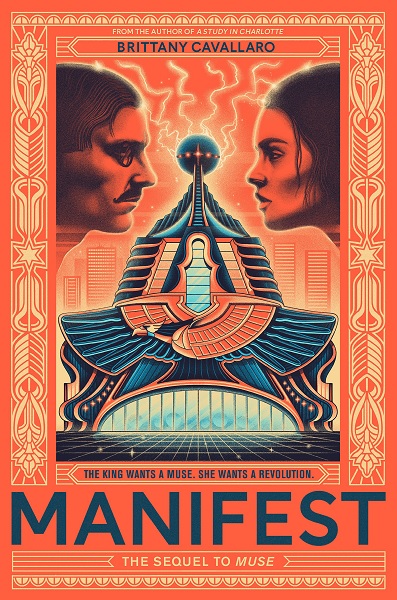 About Manifest by Brittany Cavallaro

New York Times bestselling author Brittany Cavallaro delivers the thrilling conclusion to her YA duology set in a reimagined American monarchy about a girl fighting for her own freedom, trying to change the government from within . . . or burn it all down.

For the first time in her life, Claire Emerson isn’t under a man’s control. She’s escaped from her dangerous father, and her fiancé, Governor Remy Duchamp, is too weak to rule. All eyes fall on Claire—and the power she could wield.

But that power is precarious as she and Remy are leading St. Cloud in exile after the General’s attempted coup. And when King Washington descends on the small province, he brings with him his baseball team, Claire’s brother, and a proximity to power Claire has never dreamed of.

With few allies to support her, she determines her best chance at survival is earning the King’s good graces. Claire’s schemes quickly get out of hand, reminding her that it isn’t about who holds the power. It’s about a system that grants such power to a select few, and the men who built it that way. Claire isn’t anyone’s muse, and if she can’t fix the system from within, she’s determined to be the spark of revolution in the First American Kingdom.