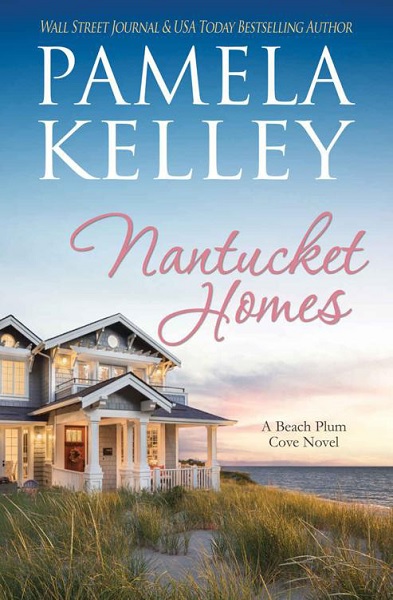 There’s a new arrival to the island. Kay Johnson, a widow, was a friend of Lisa’s mother and is like an aunt to Lisa. Kay is excited to relax and enjoy Nantucket—she’s already signed up for a Needlepoint class. She’s not at all looking for romance, but she is happy to make a new friend in neighbor Walter Sturgess, a widower.

When the story begins, Walter’s son Travis, CEO of a tech company he founded in Silicon Valley, and his four-year-old daughter, Sophie, are living with Walter until Travis’s new home is ready for them to move in.

That new home is being built by Chase Hodges, Lisa’s son, and is located on the ocean, next to the home where Victoria grew up–and is now living temporarily with her parents, since she and Sean—her long-term boyfriend and fiancé, broke up.

When she sees Travis for the first time in many years, Victoria realizes he is in a similar place, since his divorce. She didn’t even recognize Travis at first. He had to remind her that they’d once dated in high school, before she dumped him for Sean, the star quarterback. Travis is all grown-up now, but even if she was interested in dating, Victoria has never been anxious to have children, let alone take on someone else’s.