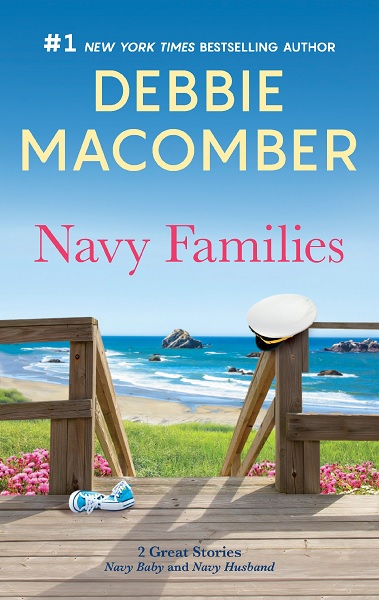 Other Available Books by Debbie Macomber

About Navy Families by Debbie Macomber

Navy Baby
It was a night she’d never forget: two strangers coming together in a moment of intense desire. But now, sheltered Hannah Raymond is expecting the child of a rugged naval seaman she thought she’d never see again. Riley Murdock has been searching for Hannah for months—ever since that soul-shaking night of passion. Now fate has reunited them. Determined to give his child the chance he never had, Riley marries Hannah. They’ve created the miracle of life together, but is that enough to spark love?
Navy Husband
Shana Berrie is her sister’s official navy “parenting plan,” so despite being unprepared, she’s in charge of adorable nine-year-old Jazmine for the next six months. Shana isn’t all that close to her niece, but she’s trying her best. The little girl has lots of opinions—including ones on Shana’s love life, or lack thereof. Shana also doesn’t appreciate Jazmine’s godfather, Lieutenant Commander Adam Kennedy, constantly checking up on her. She is definitely not looking for a navy husband, no matter what her meddling niece thinks. So why does infuriating Adam seem so appealing?