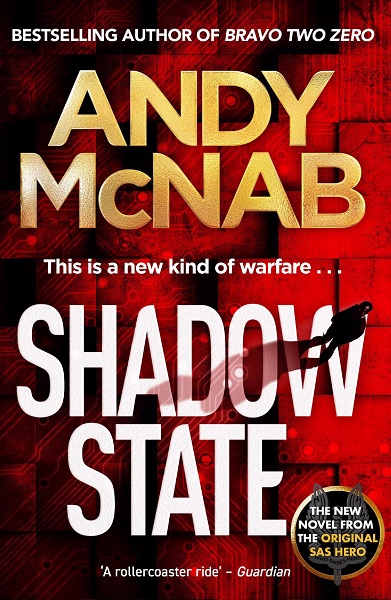 About Shadow State by Andy McNab

The first novel in a new series by Andy McNab, about a brilliant cryptography and cyberweapons specialist for hire.
From the central bank of El Salvador to a tantalum mine in Rwanda, the Acropolis Museum in Athens to the biggest freeport on the planet in Dubai, enter a world ruled by ones and zeroes and inhabited by people who don’t believe in trust.
Nathan Pike is one of those people. To some he’s a digital Robin Hood. To others he’s nothing but an amoral hacker. A codebreaking and encryption expert, he sells his skills to whoever can pay him what he wants or give him something he needs.
And when he’s sprung from a Cambodian prison by a woman calling herself Melody Jones, he’s made an offer the likes of which he’s never seen before.