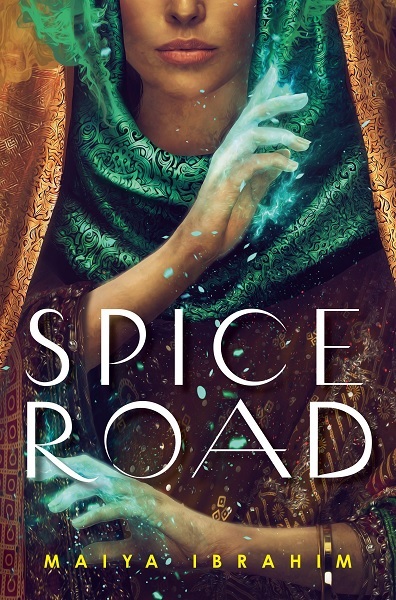 About Spice Road by Maiya Ibrahim

In the hidden desert city of Qalia, there is secret spice magic that awakens the affinities of those who drink the misra tea. Sixteen-year-old Imani has the affinity for iron and is able to wield a dagger like no other warrior. She has garnered the reputation as being the next great Shield for battling djinn, ghouls, and other monsters spreading across the sands.

Her reputation has been overshadowed, however, by her brother, who tarnished the family name after it was revealed that he was stealing his nation’s coveted spice—a telltale sign of magical obsession. Soon after that, he disappeared, believed to have died beyond the Forbidden Wastes. Despite her brother’s betrayal, there isn’t a day that goes by when Imani doesn’t grieve him.

But when Imani discovers signs that her brother may be alive and spreading the nation’s magic to outsiders, she makes a deal with the Council that she will find him and bring him back to Qalia, where he will face punishment. Accompanied by other Shields, including Taha, a powerful beastseer who can control the minds of falcons, she sets out on her mission.