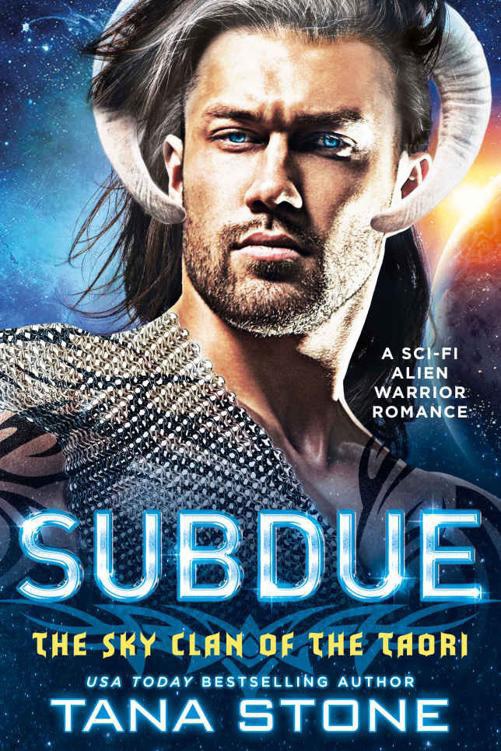 Other Available Books by Tana Stone

About Subdue by Tana Stone

As the kalesh of the Taori ship, it’s his sworn duty to reassemble his crew and exact revenge on the aliens who destroyed their ship. He has no time for a distraction like her.
When Kalesh Naz wakes from crashing in his escape pod, he’s enraged to find himself locked in a dungeon. He’s on a battle moon where he and other fierce aliens are forced to battle for their survival as entertainment for the cruel Xulonians. He will do anything to get back to his crew–even if it makes awakening the long-dormant barbaric ways of his ancestors and harnessing the mating fever that simmers beneath the surface.
But how can he subdue his mating fever when the female assigned to attend to him in the dank cells beneath the battle ring is so mysterious and alluring? And how can he escape and reunite his crew when all he can think about is winning in the ring so he can return to her?
SUBDUE is a full-length sci-fi romance novel with an HEA and no cheating. It features hot scenes on a battle moon, violent alien gladiator battles, and some seriously steamy dungeon scenes.
If you like alien abduction romance (as well as dominant and dangerous alien warriors with horns, tails, and bonus parts), you’ll love SUBDUE, the fourth book in Tana Stone’s sci-fi romance The Sky Clan of the Taori series.