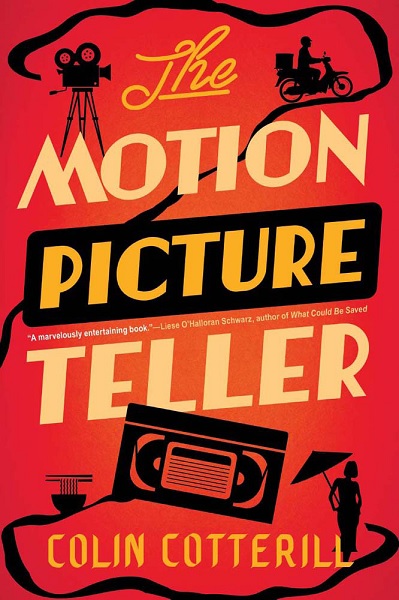 About The Motion Picture Teller by Colin Cotterill

An enchanting new standalone novel from CWA Dagger winner Colin Cotterill, set in Bangkok: a mystery without a crime, where the line between fact and fiction blurs, and nothing is as simple as it appears
Thailand, 1996: Supot, a postman with the Royal Thai Mail service, hates his job. The only bright spot in his life is watching classic movies with his best friend, Ali, the owner of a video store. These cinephiles adore the charisma of the old Western stars, particularly the actresses, and bemoan the state of modern Thai cinema—until a mysterious cassette, entitled Bangkok 2010, arrives at Ali’s store.
Bangkok 2010 is a dystopian film set in a near-future Thailand—and Supot and Ali, immediately obsessed, agree it’s the most brilliant Thai movie they’ve ever seen. But nobody else has ever heard of the movie, the director, the actors, or any of the crew. Who would make a movie like this and not release it, and why?
Feeling a powerful calling to solve the mystery of Bangkok 2010, Supot journeys deep into the Thai countryside and discovers that powerful people are dead set on keeping the film buried.