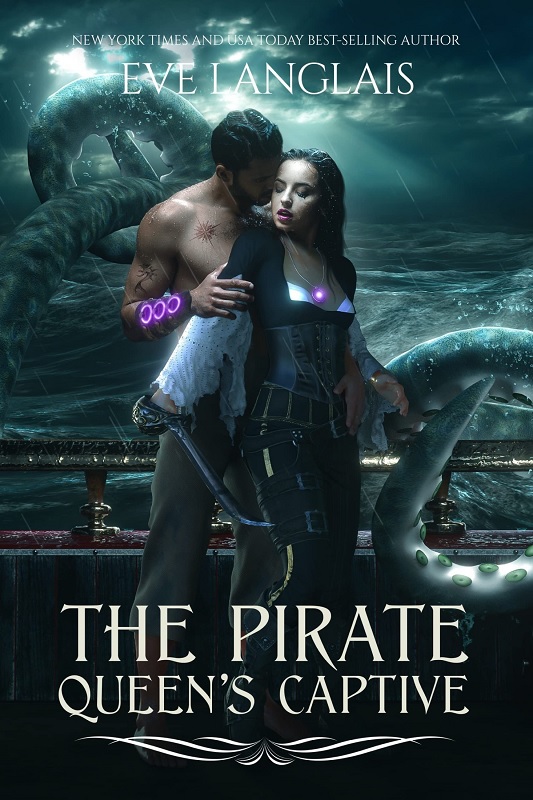 Other Available Books by Eve Langlais

About The Pirate Queen’s Captive by Eve Langlais

Assassins aren’t supposed to be heroes.
It should have been a simple task: sail the ocean, dump some dangerous stones, and return to his daughter’s side—only Jrijori didn’t count on being abducted.
Kind of embarrassing given he’s supposed to be a renowned assassin, but he doesn’t mind once he realizes who’s taken him captive.
Zora never forgave Jrijori for trying to kill her father and fleeing. Now that she’s a Queen without an island to rule, she’s turned to pirating to make ends meet. However, what if she could free her home from the monsters infesting it?
Does she even want to?
She might not get a choice, as magical forces are at work, determined to use her whether she agrees or not.
Will she prevail, or will this pirate Queen lose everything?