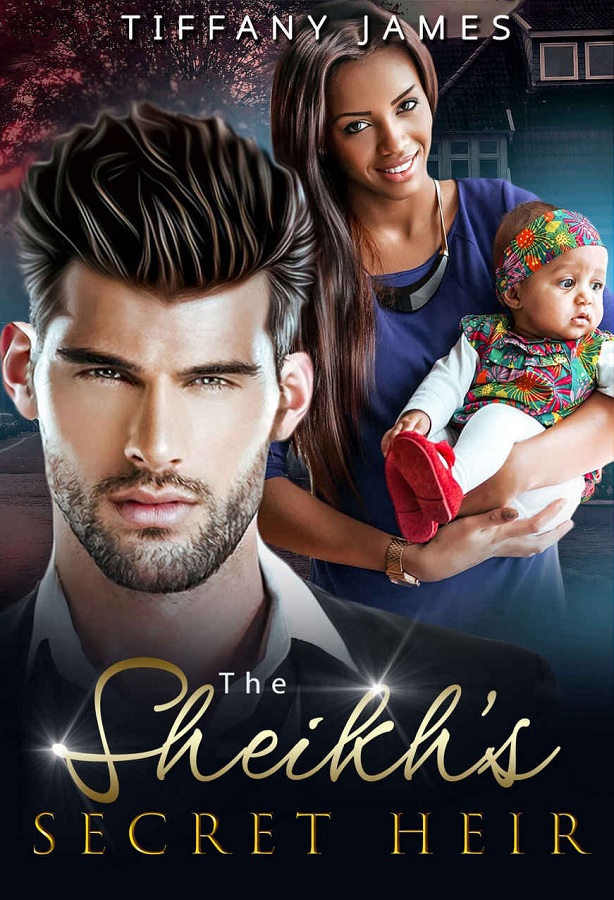 About The Sheikh’s Secret Heir by Tiffany James

She’d never planned on falling for him. Nor does she know that he just so happens to be a powerful Sheikh…
Med student by day and catering waitress by night, Ally has her sights set on the future. Romantic relationships- and the drama that accompany them- are the last things on her mind. Orphaned since a young age, she’s no stranger to hard work and doesn’t mind busting her butt at a catering company to pay her way through school.
But her well-defined plan for her future suddenly comes to a halt when she meets a shockingly handsome man with smoldering gray eyes.
Malik’s life has always been duty-bound. While he’d had his fair share of flings and one-night stands, his heart has always belonged to his throne. The last thing he expected was to fall for an American woman. But fall he did and their romance burns fast and hot.
It’s just a matter of time before Malik’s role and duty to his country push them apart. But what happens when Ally realizes she’s pregnant with the Skeikh’s baby? And as the strained relationships between their countries intensify, will they ever find their way back to each other again?