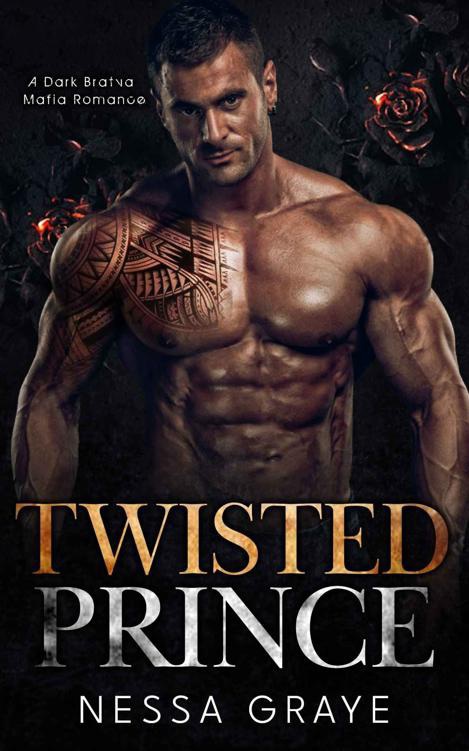 About Twisted Prince by Nessa Graye

I see something I wasn’t supposed to see.
And now, I’m a helpless prisoner to the vicious Russian assassin: a Bratva prince.
I’m a witness to a brutal gangland murder.
Nikolai Azarov is a cruel, savage hitman. He’s hulking. Tatted. And I feel his insatiable hunger as he kidnaps me.
Now, I belong to him. His toy.
Nikolai is a monster. Fiercely handsome. Scarred from years of violence and a dark past littered with secrets and corpses.
At first, I resist when he swears he’ll make me beg for his touch.
But in the darkness of his palatial mansion, his filthy words and the promise of his untamed desires make me thirst for him.
How can this beautiful demon make me ache for his burning embrace?
Twisted Prince is a Dark Mafia Age Gap Captive Romance with Mature Themes and a Happily Ever After. It is the fourth book in the Azarov Bratva series and can be read as a stand-alone novel.