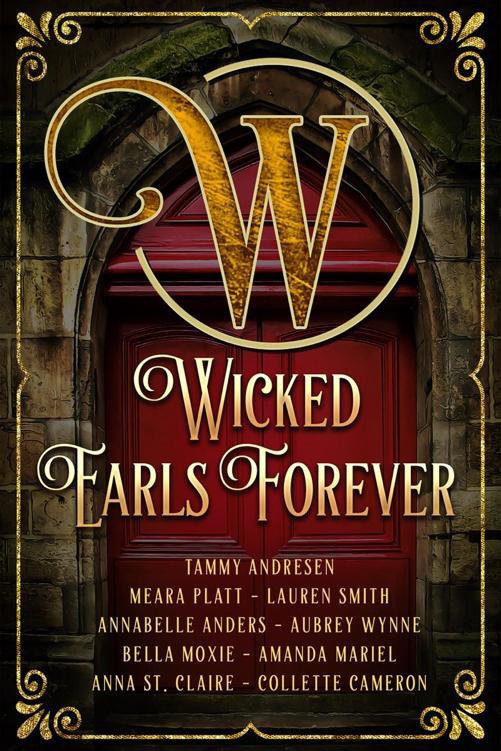 Get this amazing set of nine ALL NEW stories in the Wicked Earls’ world. These earls get one more opportunity to be naughty and just maybe a chance to be redeemed.

Earl of Evermore – He’s vowed to remain unattached, but when a certain wallflower stumbles into his life, he’s left to wonder if he really wishes to be single forever more?

Earl of Zennor – Dashing and reckless, he accepts a wager to turn a hoydenish country innkeeper’s daughter into a noble woman but never expects the lady-to-be to give him trouble.

Earl of Hawke – When his best friend breaks a leg at the height of the season, Lord Hawke promises to escort the man’s wallflower sister around town and the daunting marriage mart, little expecting the quiet, unassuming girl may be his perfect match.

Earl of Stone – What does a lord used to being in control of everything around him do when a headstrong lady bursts into his life?
Earl of Madness – When the Mad Earl dies and his son inherits the infamous title, he’ll do whatever it takes to destroy what’s left of the earldom—even if he takes his lovely fiancée down with him. But when she winds up in his arms and her future rests in his hands, he wonders—is he the victim of madness…or love?
Earl of Halsburg – When a coaching accident claims his uncle, Alan Hardin finds himself the new Earl of Halsburg and a man with a target on his back…

Earl of Griffith – Conway, Earl of Griffith, assumed his title and his Welsh estate at the age of six. His life is gray, full of responsibility, and lonely. While visiting London for his half-brother’s wedding, he meets a woman who illuminates his dull world. The female in question, however, may soon be betrothed to another.

Earl of Renshaw – Privileged, proper, and a stickler for Society’s strictures, Lord Renshaw’s well-ordered life tumbles tail-coat over polished boots when a beautiful stranger stows away in his coach, and upon discovery, publicly claims to be his betrothed.